This project forms part of EATMT’s research into Ralph Vaughan Williams’ collecting in the East.  For more information see the page RVW in the East.

For the research findings on the Waveney Songs Community Project including research into Vaughan Williams in the South Norfolk area, click HERE.

This project, which ran in 2005, focused on songs collected along the Norfolk/Suffolk border. Three songs were from those collected by Ralph Vaughan Williams in 1911, and the fourth, ‘Bungay Roger’ was from Charlie Hancey (from Bungay!) collected by John Howson in the 1980s.

The earlier songs were ‘The Keys of Heaven’ from a Mr. Woods from Tibenham, ‘John Reilly’ from Mr Stevenson, who was living in the workhouse at Pulham St. Mary and came from Carleton Rode and ‘The Miller’s Three Sons’ from Mr. Tufts, near Diss.

Chris Coe, who has previously worked with us on the Vaughan WiIliams manuscripts from Southwold, relished the opportunity to lift some more songs from the page into performance, and worked wonders in four weeks of workshops with a group of about 15 people from the area around Harleston.

The songs learned by the group all have splendid tunes and strong stories, and we hope they will continue to be sung in the future!

The final presentation was given as part of the Harleston and Waveney Festival, with additional music from Old Hat Trio and songs from Chris Coe. 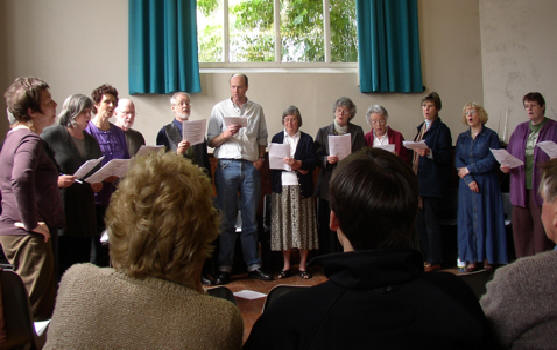