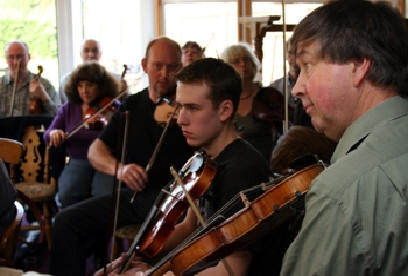 The county of Norfolk produced two fiddle-players who were very influential on the revival of English folk music, despite never appearing at a folk club or festival: Walter Bulwer from Shipdham and Herbert Smith from Blakeney.

Their influence came to be felt through recordings made in the 1950s and 1960s and through subsequent performance and recordings of their tunes by folk music bands.

The Playback Fiddle Day was held in Walter Bulwer’s home village of Shipdham (in the Golden Dog pub) and offered a rare chance to find out more about the man and his music.

Nearly thirty people attended the workshop, and more came in for a talk by Dr. Reg Hall, an internationally renowned musicologist, who also knew and played with Walter Bulwer in the 1950s and 60s.

There was also a well-attended informal tune session for joining in or listening during the afternoon, hosted by Pete Cooper, Reg Hall and Chris Holderness. 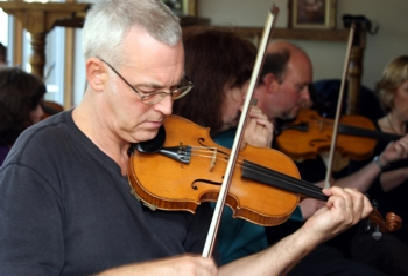 Pete Cooper (right), director of the London Fiddle School and an extremely talented fiddle player with a wealth of knowledge about English style, ran a practical workshop for fiddle players, looking at local music and style.

The Playback exhibition of Norfolk traditional music was on display throughout the day. Dr Reg Hall (below) gave a talk. 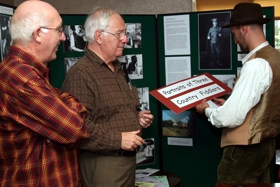